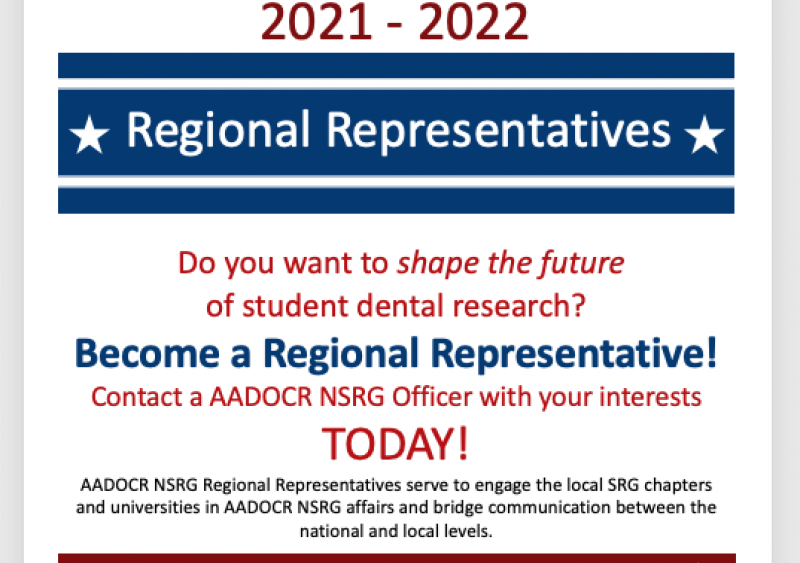 Any active student member of IADR/AADOCR must have renewed their membership or joined prior to April 13, 2022, to be eligible to run. Student members must be enrolled or affiliated with a U.S.-based dental school or institution in order to run. All information submitted on the candidacy form should be carefully PROOFREAD. The information you submit will not be re-typed and will be provided to the board exactly as you submit it. The NSRG Nominating Committee will review all nominees at the conclusion of the candidacy period. The NSRG board will then select the individuals for each position from the candidate submissions.

Share this opportunity with your LSRG with this flyer